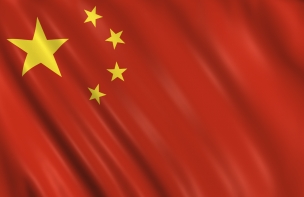 China is already the world’s largest economy on a purchasing power basis. The UK is one of the top European investors into China and Chinese investment into the UK has increased dramatically in recent years to establish the UK as one of the top destinations in Europe.

Since the economic reforms and ‘opening up’ policy of the late 1970s, China has experienced a period of rapid economic growth, averaging almost 10% per annum for the three decades up to 2010. Over this period China’s economy effectively doubled in size every eight years.

There are a number of reasons to choose China as an export destination; it is the largest country in the world by population, it has a fast growing consumer market resulting from the increasing number of middle income consumers, and it is likely to become the world’s largest luxury goods market by 2020.

The Chinese Government is now seeking to rebalance the economy away from investment-led growth and towards consumption. The emerging focus on innovation, higher-end consumer goods and services represents a significant opportunity for UK companies.

However, doing business in China can be challenging, and while China has started to open up its economy in some areas, there are restrictions on the extent to which foreign companies can operate in large areas of the economy. 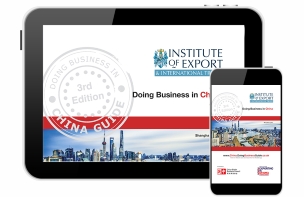 This guide aims to provide a route map of the way ahead, together with signposts to other sources of help.

The main objective of this Doing Business in China Guide is to provide you with basic knowledge about China; an overview of its economy, business culture, potential opportunities and to identify the main issues associated with initial research, market entry, risk management and cultural and language issues.

We do not pretend to provide all the answers in the guide, but novice exporters in particular will find it a useful starting point. Further assistance is available from the Department for International Trade (DIT) team in China. Full contact details are available in this guide.

The guide is available in 4 formats: 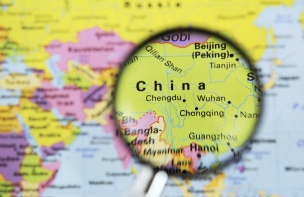 An introduction to the Institute of Export & International Trade

Established in 1935, the Institute of Export & International Trade is the professional membership body representing and supporting the interests of everyone involved in importing, exporting and international trade. Offering a unique range of individual and business membership benefits and a world renowned suite of qualifications and training, the Institute is the leading authority in best practice and competence for businesses trading globally.

To view other videos, please visit the IOE&IT YouTube Channel.

Doing Business in China Guide Market Experts - Please click on the logos below to view our Market Expert profiles and to find out how they can help you to succeed in China!